Build an environmental friendly world together with us

A Better World For Our Future Generations

For the earth we adore, let’s do more!

As Singapore ramps up solar energy deployment to meet its growing clean energy needs, the issue of how to deal with solar panel waste is proving to be a challenge. Countries around the world have also been rapidly increasing their solar energy deployments amid a push for renewable energy, but this has led to solar panel waste. They are made of materials such as aluminum, glass, and silicon, which can be potentially recycled, but are often difficult to separate. At MAEH, we offer our technology in recycling Solar Panel. At MAEH, we provide solar panel disposal and recycling services in Singapore.

Solar panels reduce carbon footprints but they are not entirely perfect nor immune from unintentional consequences.

How Solar Panels are Made and Liabilities Created

At the most basic and simplest level, solar cells work when two types of silicons are sandwiched together as two layers of semiconductors. The first layer (n-type silicon) holds more migrating electrons, since it is treated with atoms (such as phosphorus) that contain one more electron than silicon. The second layer (p-type silicon) houses more vacancies for those wandering electrons to settle in, since it is treated with atoms (such as boron or gallium) that contain one less electron than silicon. When the two layers are joined together, electrons play a musical chair game of occupying vacancies on the sides that are pressed together, leaving a positive charge on one side; a negative charge, the other. This results in an internal electric field.

When light falls on a solar panel, photon strikes a silicon cell and dislodges its electron from its bond, giving us a migrating electron and its vacant seat. The internal electric field pushes the electron towards the n-type silicon layer, and the vacancy towards the p-type silicon layer. And when we loop an electrical wire across the two silicon layers, electrons from the n-type layer will cross into the p-type layer, then around the electrical wire, and back into the p-type layer. This produces an electric current. In practice, dopants and other impurities are added to reduce electron loss and increase the efficiency in producing electricity. At this stage, we can note that pure silicon is hard to recover back from solar panels.

Beyond the basics of constructing workable solar cells, these cells will also need to be both efficient and durable. Efficient cells absorb light energy, rather than reflecting or letting it pass through. By coating wafers of solar cells with silicon nitride, we roughen the texture of the cell surface, reducing reflection and passing through. Alternatively, ‘perovskite’ solar cells, which use another crystalline material in place of silicon, absorb far more light energy, but leaks lead into the environment. Furthermore, Solar cells are fragile, and micro-cracks are common in silicon wafers. Cells with such minute damages are unusable, unless they are cut into smaller, undamaged pieces. Once deployed, solar cells must continue to be durable in open weather conditions. An industrial laminator made with ethylene-vinyl acetate (EVA) bonds and protects these cells. Another emerging technology prints photo-voltaic material (the stuff that solar cells are made of) on plastic sheets. Here, we get hints of an aspect of solar power technology, that is not entirely environmentally friendly.

The adoption of innovative technology will always impact the environment both positively and negatively. Dealing with negative impacts becomes complicated when such new technologies are adopted quickly and massively.

Geoeconomics is largely compelling this adoption of solar energy at a landslide pace. The United States created the technology to lower the costs of producing panels, by using silicon. Germany jump-started a market for the adoption of solar energy through environmental legislation. China produces solar panels on a large scale, bringing down global prices for solar panels. Furthermore, large lithium-ion batteries are manufactured as part of this solar energy extraction technology, which allows the storage of electricity that energy grids alone cannot do. As a result, we have an unprecedented scaling up of solar energy technology that can negatively impact the environment i the life cycle of each of the technological components.

We can examine the impact of solar power technology on the environment by looking at two parts of its lifespan, at its production and at its end. The building of solar power plants, like any other factory, substantially uses fossil fuel for energy. Refining silicon produces silicon tetrachloride, a toxic waste that pollutes both land and sea. Hydroflouric acid is used to clean solar wafers and is highly corrosive. These auxiliary pollutants can only be properly managed by solar power manufacturers if policies are in place to motivate them beyond profitability’s drive.

When solar panels die they become e-waste that ends up as landfill.  By design, these solar panels are built to be durable, and therefore difficult to take apart for further recycling. Since solar-panel-specific recycling processes, workflows, and companies are only at an emerging stage, far and few between, we rely on traditional e-waste management. Such traditional techniques can only remove the panel’s aluminium frame, extract out copper wires, and shred glass. The costs of separating and repurposing aluminium, copper and glass far outweighs any recuperable money, rendering recycling inviable, as far as companies are concerned. Pollutants and e-waste from solar panels could very well be processed and recycled but their manufacturers are more motivated to dump them as waste.

Making Better out of a Good Technology

Research and development directed towards minimising environmental costs will need to address the entire life cycle of solar panel technology. First, manufacturers will have to prioritise replacement for existing toxic materials used in making solar panels, including lead, cadmium, and arsenic. Next, extraction technology used in processing e-waste from the solar panel must work with greater finesse. Given that much of the make of solar panels are glass and other common metals, recycling technology will have to look into trace elements that are worth recovering: silver and lead. Separating these two elements not only minimises environmental costs, but also recoups valuable precious material. Silicon can also be made more valuable, by turning them into nano-silicon, used to build electric vehicle batteries, among other microelectronic applications. Such valuable recyclables are important towards the future of a circular economy, because they turn recycling profitable, both for the solar power industry itself, or sold outside that industry. 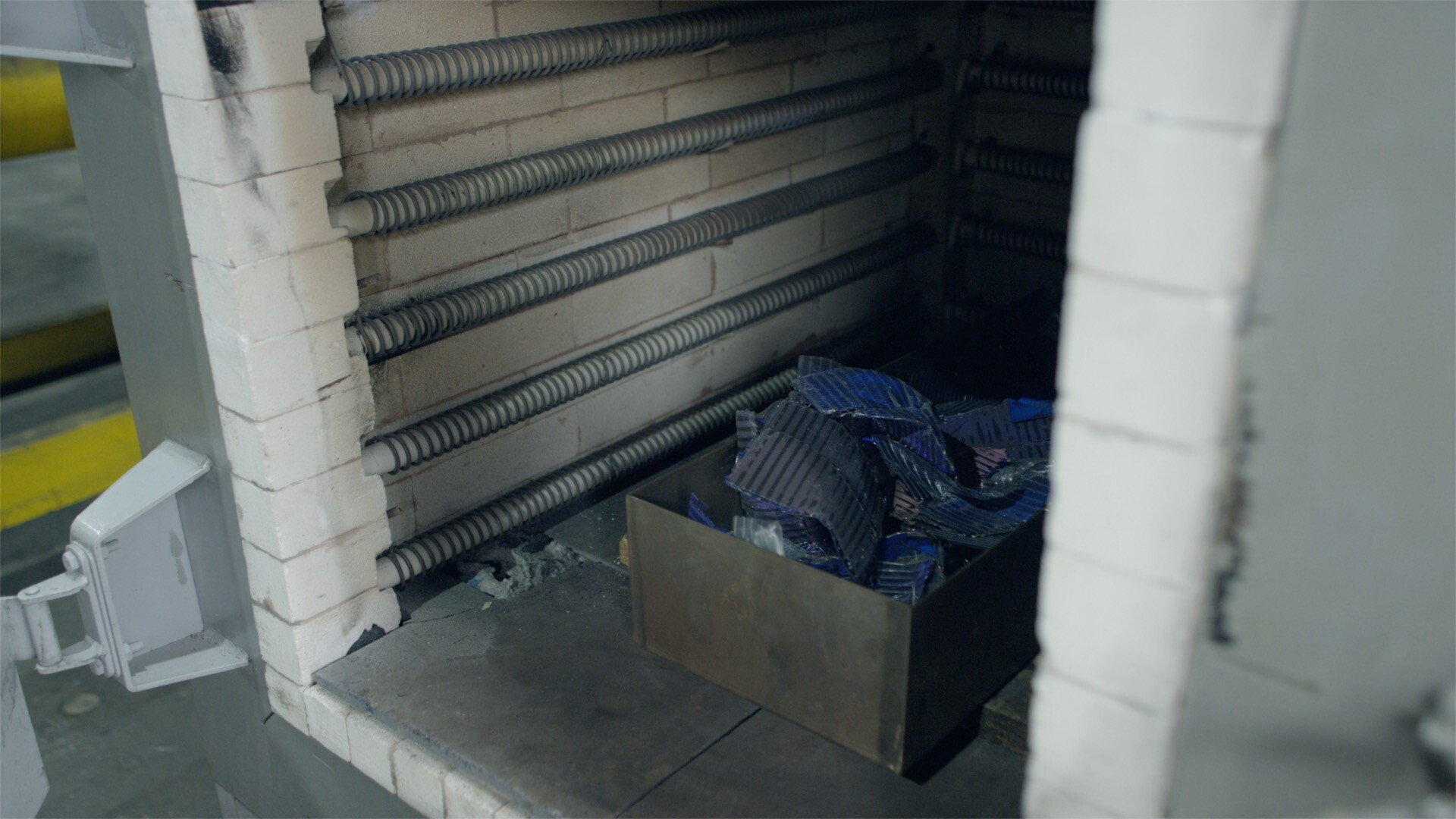